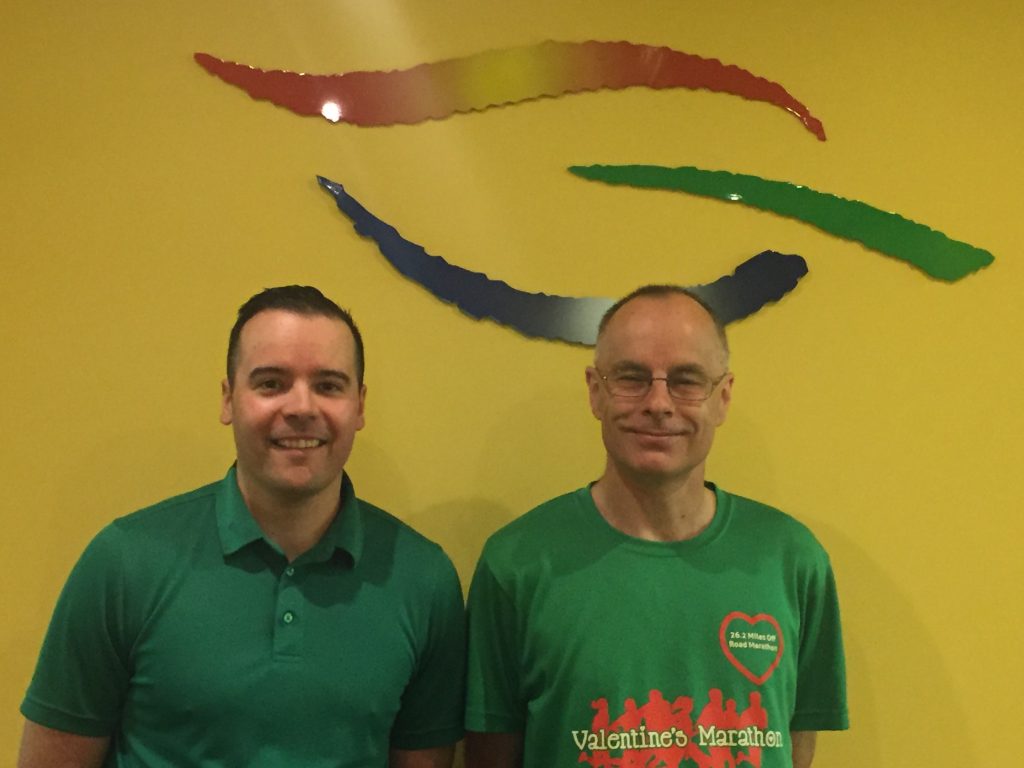 What would motivate someone to travel all the way from the United Kingdom to Greenstone?  For Terry Hindson of Yorkshire, England, it was for a chance to dip his toes into “his” lake.

With his wife Andrea preparing for a North American tour with her choir, Hindson decided to conduct an online search to see if there was a lake bearing his name and found just the one between Jellicoe and Beardmore. He then reached out to Brent Henley, Greenstone’s Tourism Coordinator to help him plan his trip with the aim of visiting Hindson Lake May 24.  When Hindson arrived, Henley made sure he gave him a proper British welcome with a “cuppa”.

“We shared tea and stories and looked at maps of the 801/Hindson Lake area. Terry was well prepared, having printed all the information I had provided him in previous emails”, Henley said.

During his time in North America, Hindson also went to Chicago to visit a family memorial, ran a marathon in Buffalo and met up with his wife in Niagara Falls before heading back overseas on May 29.  Before they departed, though, Henley made sure to invite them back.

“He chuckled and told me that this would be his only trip to Canada.  I may have changed his mind though when I mentioned the northern lights display that had occurred the night before. This information almost broke his heart as he’s always wanted to see them. Perhaps a second trip is in the making?”

View all posts by Stephanie Pagnucco →